The Hamilton Christmas Charitable Trust was established in January 2004 to ensure that the annual Christmas Parade in Hamilton remained a permanent feature of the Christmas calendar. In July 2011 the Trust was also gifted the Christmas tree that stands throughout December each year in Garden Place, Hamilton. A lighting ceremony and carols concert is held on the night that the lights are switched on for the first time.

The Trust promotes the theme of Christmas for the benefit of the people of Hamilton and its surrounding districts through entertainment and enjoyment, with particular emphasis on entertainment for children.

New Zealand's biggest Christmas tree is 27 metres tall to the tip of the star. That's over 6 stories high. It takes a team of 15 people to install the frame and the lighting, fluff the branches, hang the baubles. This tree is huge!...
Learn more

The annual Christmas Parade is a must do Christmas experience for the young and young at heart. Come and join us for the festival fantasy as around 80-90 floats parade down Anglesea Street...
Learn more

Thanks to our Key Sponsors 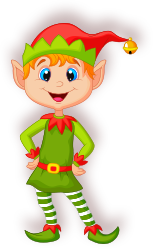